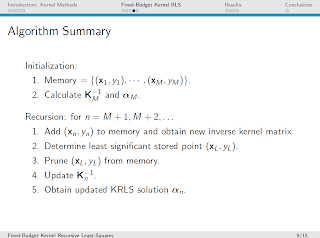 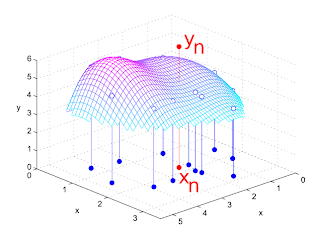 PS: The paper will be available in short on my academic web page [update:] can be downloaded from my publications page, and I also plan to release the Matlab code either there or here in the near future. Be sure to ask me about it if you can't find it.
Posted by Steven Van Vaerenbergh at 7:07 pm

Finite resource learning problems are very important indeed. It forces one to compress as much as possible to the existing storage. I like the simple yet elegant idea of this paper.